In building safety and construction, a smokeproof enclosure is a type of exit stairwell that has been designed to keep out smoke (and other combustion products) in the event of a fire, so that building occupants may more safely exit the building.

The fans and air ducts used to pressurize the stairwell are life-critical systems, and are required to be enclosed in non-combustible, likewise two hour rated, construction. For fully sprinkled buildings, the required rating is just one hour. The fans must be connected to an emergency power supply, and capable of both automatic activation by various fire and smoke detectors, and of manual activation by a central command post or by the actuation of a general fire alarm.

Rather than entering the stairwell directly from the building interior, one enters a smokeproof enclosure by means of an open-air balcony or alternatively, a so-called open vestibule, and proceeds thence, to the stairwell itself. 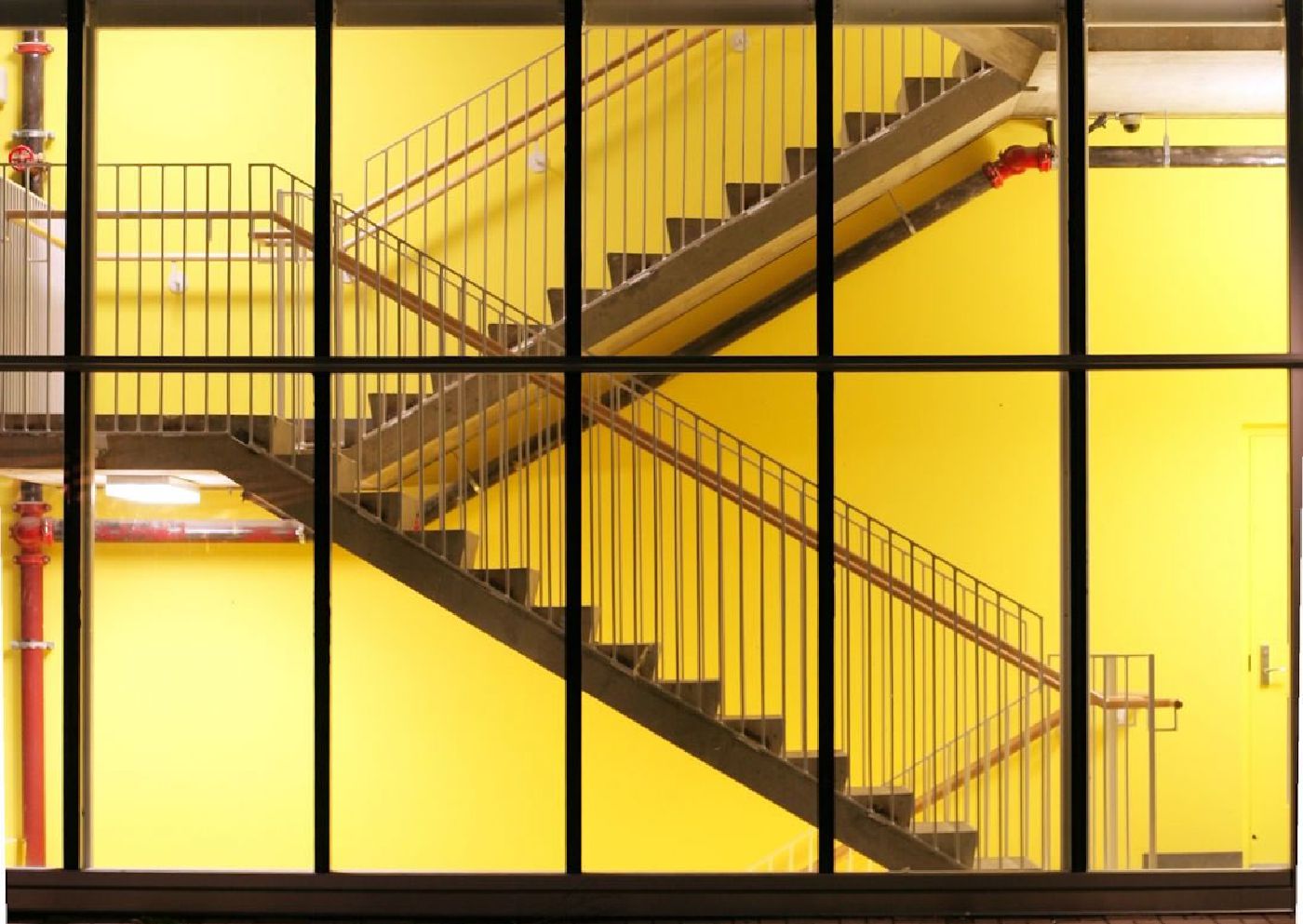